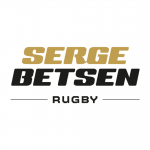 Our Winston Churchill Charles de Gaulle Cup is now three years old. Woah.  Let’s just have a quick throwback to why and how we organised this for the first time – quite a lot of things have happened since then!

Behind the scenes – mmmh what scene?

Well, to be honest, this Cup story is as well our story, at Serge Betsen Rugby. We have two objectives, two missions on a daily basis. One is to instil a lifelong passion for sports. Two is to put a rugby ball in everybody’s hands.

The big reason behind our first edition of the Cup, back in 2015, was to gather two of the biggest French schools in London. The Lycee International Winston Churchill, which just opened its gates that year was eager to meet the Lycee Francais Charles de Gaulle, a historical institution of the French community in London. What better layout to have around 100 children, all together in Hyde Park discovering rugby and football?

Episode 2: getting bigger and bigger.

Our second edition, already one year ago, saw more and more participants joining our Rugby & Football Tournament in Hyde Park. Thanks to our amazing partners, our participants got home with a couple gifts and their head full of memories. The Cup was won over, for the second time, by the Lycee W.Churchill which is now ready to defend its title one more time.

For this third anniversary, we decided to make some changes. The first one is to put rugby at the centre of the event. Let’s not forget that the boss is all about that, time for us to get our rugby-only tournament going! The second one is the location: bye bye Hyde Park, hello Wasps FC! We wanted to show you our new home, as we moved our office this summer. Their amazing facilities will be welcoming that event for the first time, from 09:00 to 12:00 on Saturday 09th December.

AND – breaking news – the Sevens Club of the Lycee International W.Churchill will have their first run in our Sevens Tournament kicking off at 12:00 pm. After a convincing first game against Hampstead two weeks ago, they are now ready to face the challenges of a whole tournament. Good luck to them, with a good crowd to support them it should give them wings!

Don’t forget it’s still time to register, right here. All the SBR team and our coaches will be waiting for you from 09:00 am to 12:00 pm for our open to all levels and ages rugby tournament.